After the “interim president” ousted popular President Vizcarra, protests rocked the country for a week. Now the new government in stepping down in the face of a mass rebellion. END_OF_DOCUMENT_TOKEN_TO_BE_REPLACED

Private interests invest millions of dollars in our elections every year. at every level of government. END_OF_DOCUMENT_TOKEN_TO_BE_REPLACED

FTP-Long Beach  As millions wait with bated breath for the 2020 US election to finally conclude, the old words of Shakespeare come to mind: “a tale told by an idiot, full of sound and fury, signifying nothing.” For all the bourgeois hype about saving or defending democracy, and all the astonished gasps at voter turnout and this or that state flipping, nothing that has happened … END_OF_DOCUMENT_TOKEN_TO_BE_REPLACED 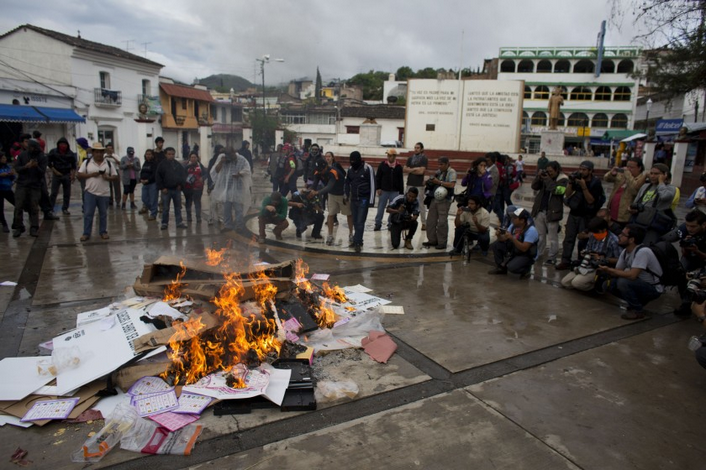 FTP-Twin Cities Another election, another war-mongering imperialist elected to the highest office of the so-called united states. The dictatorship of the bourgeoisie remains in power, prolonging its parasitic existence. Biden and Harris will maintain the colonies (both internal and external) of this country. The military will continue dropping bombs and terrorizing the world abroad, while funding other States which support such campaigns of terror and … END_OF_DOCUMENT_TOKEN_TO_BE_REPLACED 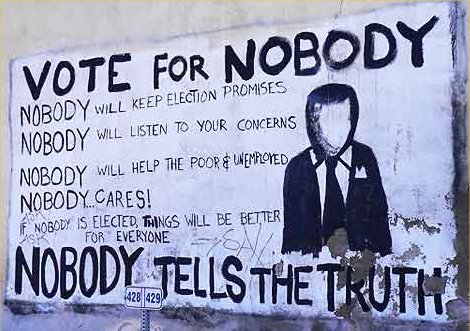 Subcomandante Blanco No matter who wins tonight in the presidential election of the so-called “United States of America”; we, the masses, the proletariat, and especially the colonized people of the world, will lose. If Biden wins, as the liberals across the globe pray for, what gains will we, the working people, see? For those of us who didn’t see the U.S. as a fascist state … END_OF_DOCUMENT_TOKEN_TO_BE_REPLACED

The people, not the ballots, are the makers of history. END_OF_DOCUMENT_TOKEN_TO_BE_REPLACED

The Democratic Party is divided and split. There is a center-social democratic wing, and a right wing. The centrist wing, which can not appropriately be called a “Left”, is represented by Bernie Sanders. His policies and rhetoric are a blend of old New Deal and new DSA social democracy. Joe Biden is an out and out, rabid imperialist and racist whose record in the Senate is scarred with such things as opposition to busing for racial equity and support for de facto segregation. The Democrats, we know, can not be Socialists. To be a Socialist means being a Communist. There are no Communists in the Democratic Party. There are, however, many people that claim to be Communists who, for whatever reason, continue to maintain belief in the electoral system. We see these politics as petit-bourgeois nihilism, cynicism, alarmism and rightist pragmatism. END_OF_DOCUMENT_TOKEN_TO_BE_REPLACED

By Sabine Lebrón January 30, 2020 “Only short-sighted people can consider factional disputes and a strict differentiation between shades of opinion inopportune or superfluous. The fate of Russian Social-Democracy for very many years to come may depend on the strengthening of one or the other ‘shade.’” -V.I. Lenin, What Is to Be Done? John Beacham’s article, ‘Revolutionary Socialists for Bernie Sanders,’ recently published on ‘Mass … END_OF_DOCUMENT_TOKEN_TO_BE_REPLACED