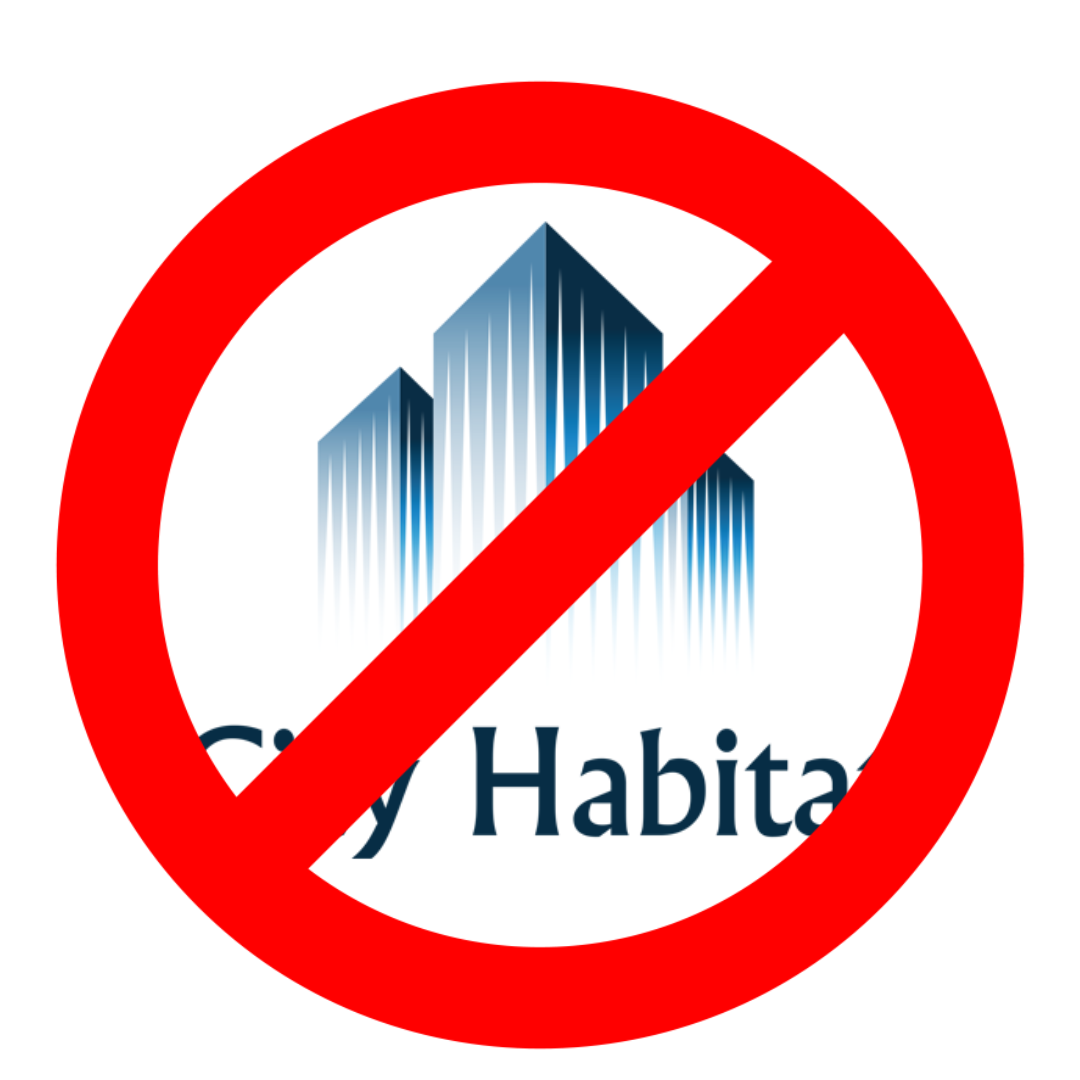 The Eastwood Tenants Union (ETU) is currently engaged in a struggle against their property management company, City Habitat, after management raised rents by over 3x previous rates. Tenants have had enough and are fighting back due to the retaliatory nature of these increases. While management claims they are hiking up the rent due to “taxes” and “changing market value”, the tenants firmly believe this is a retaliatory attempt from management to price out members of the tenants union.

ETU has held City Habitat accountable to their tenants in ways they were never held to before. Prior to the creation of the Eastwood Tenants Union, residents would make repair requests through the “City Habitat App” and would never get a response. Despite there being dangerous, code violating requests such as mold, City Habitat stood idly by leaving tenants to deal with their crippling units on their own. Since the formation of the Union, tenants have finally seen repair requests be fixed. You can read more about the repair requests campaign here.

Since those initial repair requests were made and completed, tenants have not had an easy ride working with City Habitat. “They often need multiple follow-ups to get simple repairs fixed like a leaking faucet or window,” says tenant T, an ETU member, “We decided to apply more pressure to let them know we weren’t messing around.” In the late summer, after the union continued to press management on a number of issues, one of the owners, Cristian Merdariu, showed up unannounced at one of the tenants’ homes. During his illegal “visit” (note, management must give 24 hour notice before going to a tenant’s home), the tenant reported feeling harassed. “We believe this visit was done to intimidate the tenant and encourage her to have the tenants union back down,” said T.

In late fall, tenants became increasingly concerned over overdue repair requests and the lowering temperatures. The tenants union launched a winterization campaign that included a phone zap to up the pressure to fix outstanding repair requests. Despite seeing an immediate response from maintenance, this led to the landlord Cristian calling the tenant who’s unit needed to be repaired before the winter, stating their family “can leave if you want to”.

City Habitat was not done challenging the union there. “Soon after this, the union was told to go through the landlord’s portal to submit repair requests,” says T, “This violated the structure of the union, as the ETU serves as the vessel to submit repair requests on behalf of individual tenants.” Making requests via the union’s email address (rather than City Habitat’s portal) allows for proper documentation of timeframes, responses, and ultimately makes it easier to hold management accountable. Despite management’s efforts to persuade the union otherwise, it is within the rights of tenants in Chicago to operate a tenants union in their building.

City Habitat has made it clear they are unhappy with the union. This was reaffirmed when two tenants received their lease renewals on January 18th. Despite the tenants having two different lease end dates, both tenants (who are the most active members of the tenants union) received notice on the same day that they would be facing rent increases ranging from $90-$130 per month if they choose to resign. “We were shocked,” says C, one of the impacted tenants, “We knew they were nasty and would fight the union but I wasn’t expecting them to come out as hard as this.”

This rent increase was not only unprecedented for the building but for apartments in the area – both managed by City Habitat and by other companies. This was the first lease renewal sent out by management since the creation of the union and the drastic and exorbitant rent increase has proved one thing clear – management wants the tenants union out.

ETU members know retaliatory rent increases are illegal. The union submitted a response letter calling out management for their illegal retaliatory increases and included new lease agreements terms. These new terms would not only keep the existing tenants who are resigning their leases in their homes but also seeks protection for other tenants in the tenants union who resign later in 2022. Hours before the deadline the tenants union set forth for management to respond by, Cristian Merdariu once again singled out an ETU member and tried calling her while she was at work. However, this time the tenant was prepared for his attempt at isolating her and overstepping the communication channels set up by the union. She set up a different time for him to call and had another tenant join in on the call.

“During this call, Cristian reiterated how management has ‘attempted’ to ‘work’ with the union,” T tells me, “He then goes on to say despite the conditions that made him raise the rent in the first place, he and his partner agreed they could offer us new leases with a significant decrease.”

While on face value this seems like a victory, management has met none of the demands set forth by the tenants in their lease agreement. “We feel this significant decrease shows the true nature of the initial increase, it was arbitrarily set against the market and moreover done to price out tenant union members”, said T. “Tenants reiterated their lease demands and how tenants will consider those demands, in writing to the union. Cristian ended the call by refusing to send terms to the tenants union in writing.”

The demands and following negotiations are taking place because City Habitat attempted to illegally and excessively raise the rent, likely in an attempt to price out existing tenants. ETU members feel it is crucial in their struggle to not only protect those who are resigning their leases now but to ensure a precedent is set for all tenants that they can both operate in a union and afford to stay in their homes. Despite City Habitat’s attempt at saving face with an alternate lease proposal, ETU is holding fast at their lease demands. With support from other Chicago tenant, progressive, and revolutionary organizations, pressure has been applied to management to get City Habitat to accept the terms of the Eastwood Tenants Union.

As the ETU continues to struggle against their parasitic slumlord, it is important to recognize the progress they have made thus far. Through an arduous struggle, a persistent campaign of going after the landlord on a variety of tenant issues, union members have strategically been able to raise themselves up to negotiating their rents. ETU continued to struggle through a difficult situation where tenants could have been forced out of their homes, exposing the enemy, and giving further legitimacy to the importance of tenants unions guided by politics of struggle. It should be noted that one of the goals of the ETU is to keep rents low in an already rapidly gentrifying neighborhood. It will be up to the tenants to continue to connect their struggle with the broader movement against gentrification in Albany Park and across the city of Chicago. Working class tenants should look to the example set and carry the struggle for housing rights forward. 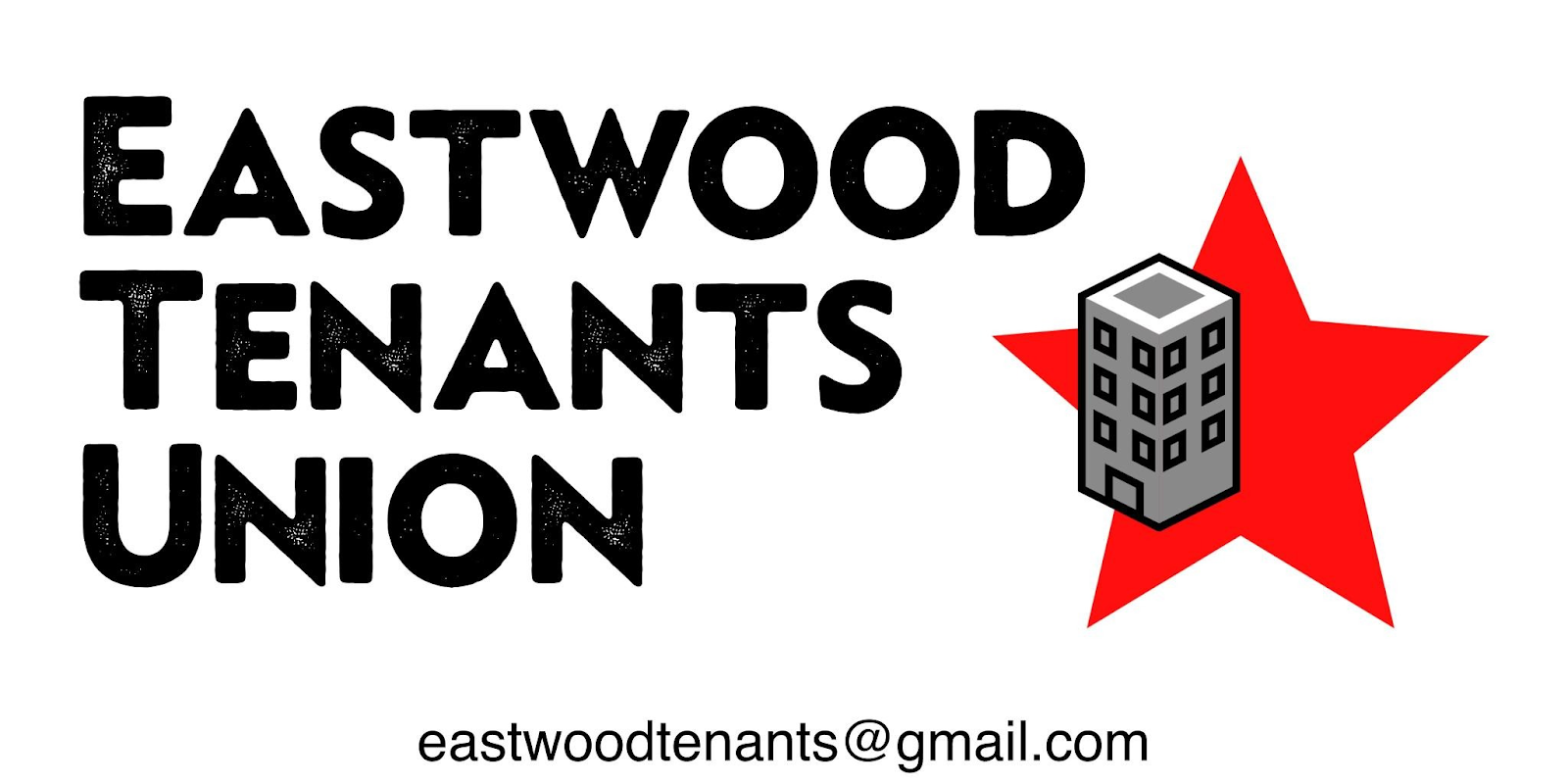