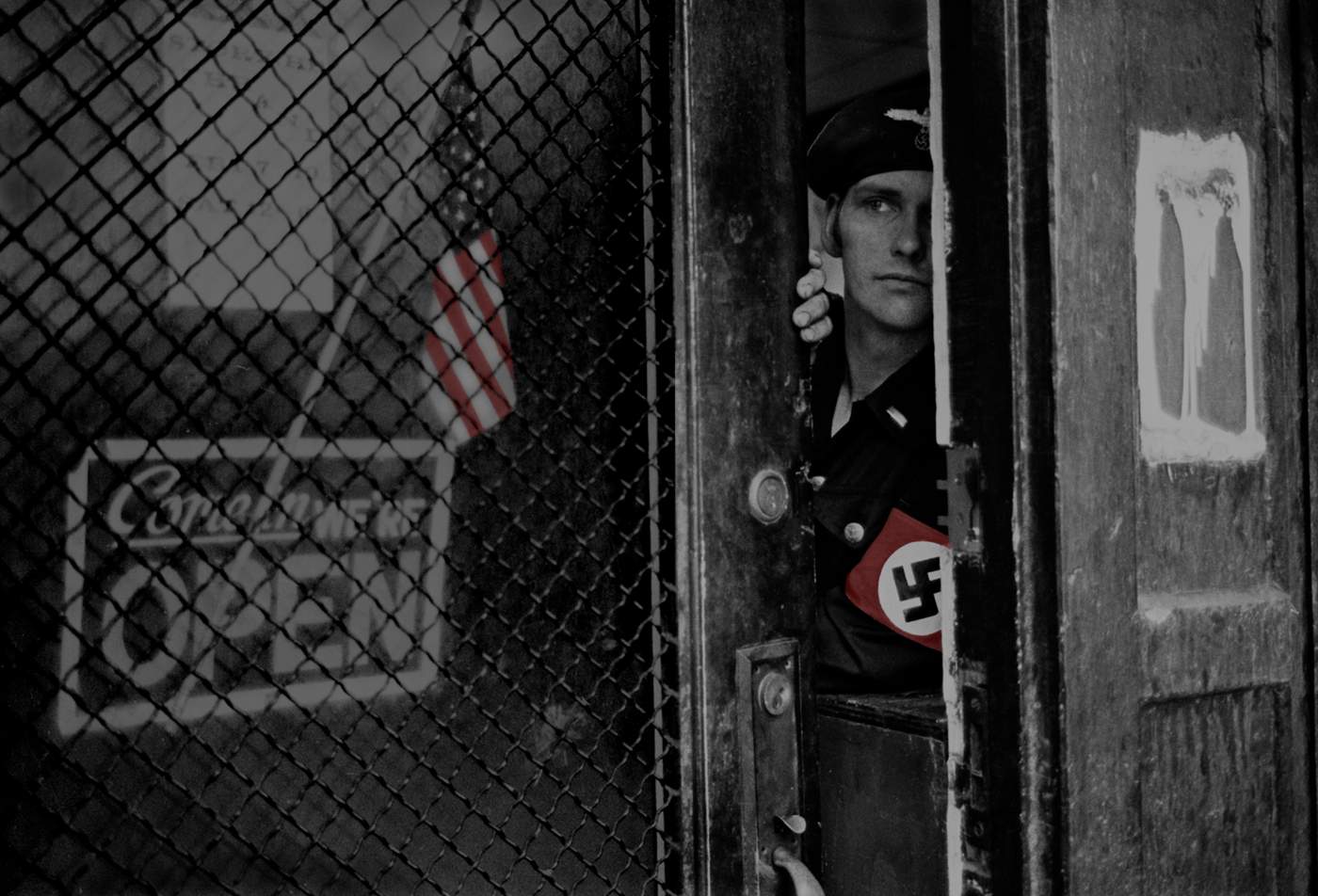 Bucktown is a small neighborhood on Chicago’s near Northwest side which made headlines recently after a neighborhood NGO calling itself the Bucktown Neighborhood Association (BNA), hired a private security firm to carryout nightly patrols in a section of the neighborhood, which began this week. The firm, P4 Security Solutions, is a militarized private security company founded by “security industry experts and former members of elite military and law enforcement units” according to their website. In a letter sent out to neighbors, BNA justifies the hiring of P4 with crime statistics showing an increase of carjackings (15 in 2020 to 35 in 2021) in the area this year. In the same letter, it’s noted this move follows the pattern of established patrol programs in nearby neighborhoods, although the group refuses to say which neighborhoods have followed suit. Bucktown is just one example of a general development in the settler communities within major cities across the so-called u.s., white, petit-bourgeois, gentrified communities fortifying itself on the heels of urban rebellion and societal decay. We can view Bucktown as a sign of things to come: the loyal citizens of a decaying empire sliding further into organized, reactionary violence in order to secure their way of life, one that exists at the detriment of the oppressed. We want to highlight how this situation came to be and what can be done about it.

History of the Garrison Community 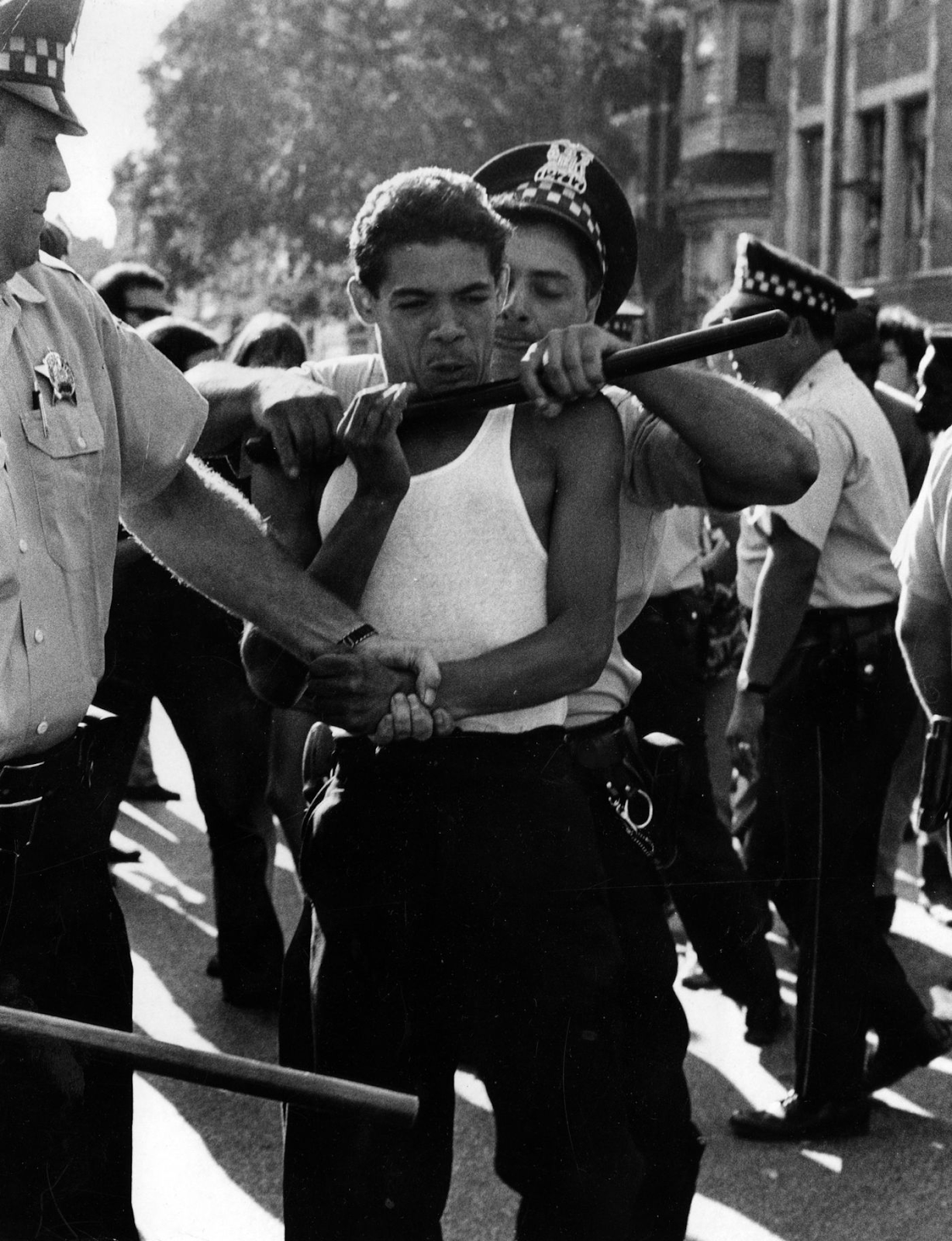 The Council of the Three Fires–comprised of the Ojibwe, Odawa, and Potawatomi Nations, the original stewards of what we call Chicago today, were under direct siege by the u.s. settler colonial government after president Andrew Jackson signed the Indian Removal Act on May 28th, 1830. Thousands of indigenous people were driven off the land at gunpoint to make way for European settlers to set up shop. Thus, Chicago has a long history of settler displacement that continues in the present day.

At the turn of the century, thousands of European immigrants began to flock to the city for work in the industrial center. Not long after, thousands more New Afrikan (Black) refugees made way to Chicago, fleeing the paramilitary campaigns of KKK in the south. Over the course of many violent struggles and attacks by the euro-settlers on New Afrikan communities, Chicago became a city of militarized by white communities who were “defending” their neighborhoods in the form of racist street gangs. When Richard M. Daley took political office in the Illinois House of Representatives in 1936, these white street gangs, or “social athletic clubs“, began to integrate more into the mainstream settler life as police officers or as enforcers for the Democratic Party political machine.

During the 1960’s, as settler communities flocked to the suburbs in “white flight”, Bucktown and the surrounding neighborhoods became designated Puerto Rican barrios. For a time, the Young Lords Organization gave these communities political leadership, struggling for housing, employment, and against the oppressive conditions they were relegated to by the settler state.

By the 1980s, the neighborhood was home to many Mexican workers in addition to its Puerto Rican families. Due to both COINTELPRO tactics and internal contradictions of the movement, these areas became without proletarian leadership to wage their struggles against the oppressor. By the turn of the century, neighborhoods like Bucktown, Wicker Park, and West Town were becoming targets of an intensive gentrification campaign. Large apartment complexes were torn down to make way for luxury housing and art studios, all contributing to a mass displacement to the surrounding areas and other parts of the city. For the last decade, Bucktown is almost unrecognizable to those who grew up in the city in the 90’s and years before, transformed from a proletarian community into a bourgeois stronghold. 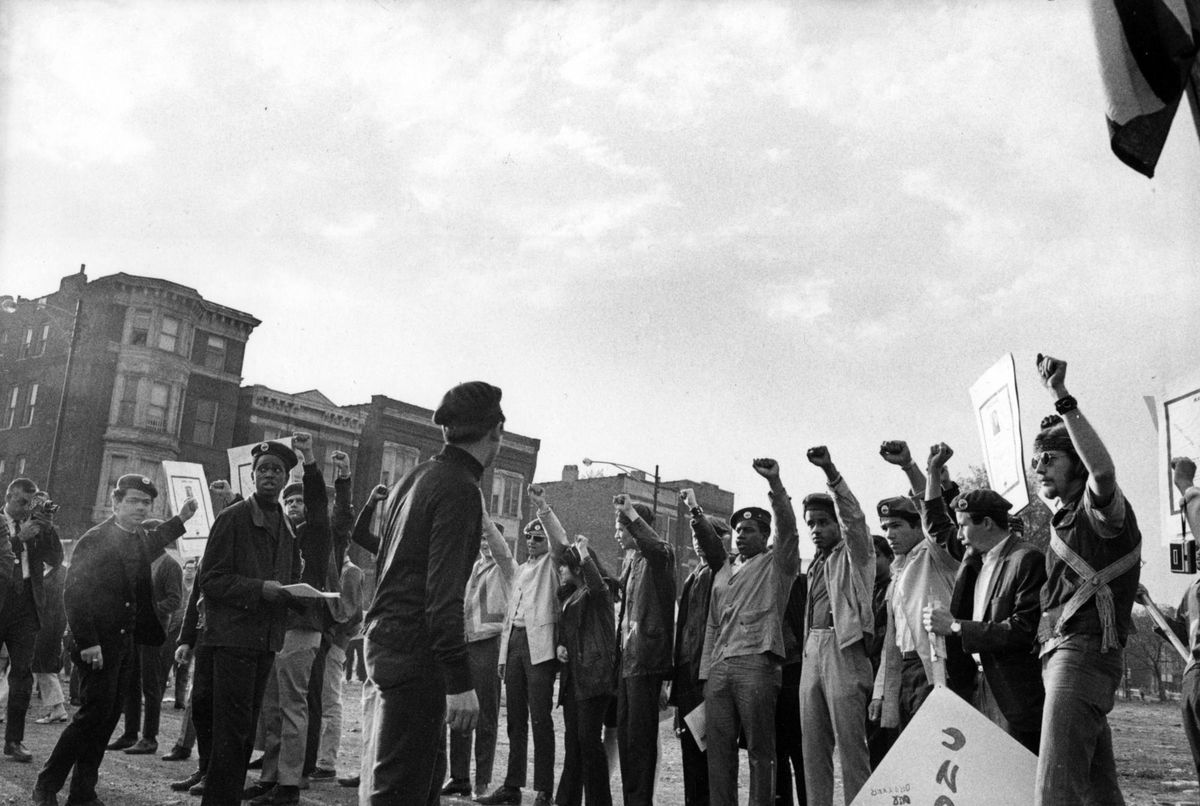 Bucktown is not an anomaly. It’s surrounded by wealthy white communities that have their roots in displacing oppressed people. The nearby bourgeois Lincoln Park neighborhood was once a hotbed for radical Puerto Rican nationalists and revolutionary organizing, leading campaigns against growing gentrification before settlers pushed the people out further west in the city. The neighborhoods of West Town, Bucktown, Wicker Park, and Logan Square became a new frontier for the settlers. These areas most closely resemble what revolutionary theorist J. Sakai terms as the “settler garrison” communities. These communities represent the settler oppressor nation (white or euro-descendant) and can be characterized as “a small home owning, small-propertied community. In it the lower middle class, the labor aristocracy and other workers share the tight but generally comfortable life of the settler garrison. This is where community life is supported by the conspicuous concentration of state services – parks, garbage collection, swimming pools, better schools, medical facilities, and so on. In contrast to the reservation or ghetto, the settler community is full of the resources of modern industrial life.” 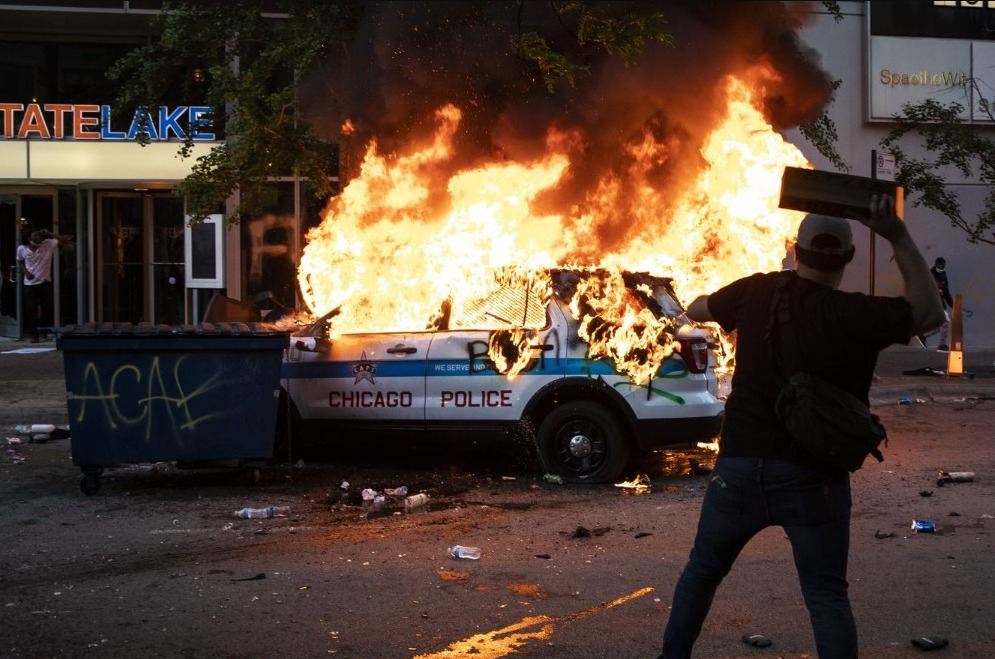 A feature characteristic of the garrison community is the oppressed are barred out due to an underlying feeling of being threatened or besieged by “those people”, hence the need to displace and remove undesirable or unruly populations. In an article from October, a Bucktown resident said they felt like they were “under siege.” The feeling is there because deep down they know their way of life is contingent upon the displacement and exploitation of oppressed people. And they know oppressed people are fighting back.

In the wake of the 2020 summer Rebellion, hundreds of thousands of youth found themselves in open conflict against the imperialist state, outright rejecting it’s bourgeois laws. After the cooptation of the uprising by opportunists,  youth remained and continue to remain in a state of unconscious rebellion: motivated by material gain rather than revolution and power. This can manifest itself in reactionary and parasitic ways against other oppressed people, but in most instances it comes in the form of property theft against the petit-bourgeois and luxury department stores. In the case of Bucktown, where stores have been hit by groups of youth and carjackings have been steadily increasing since September, the garrison community is indeed under siege by colonized youth, motivated by their settler philosophy of materialism and capitalism.

Revolutionary Communist George Jackson explained his days as a street criminal in his youth as being in an unconscious rebellion against the oppressive system: “I’ve been in rebellion all my life, I just didn’t know it.”

The escalation on part of the settlers is a reaction to property crime, robberies and carjackings. Their gentrified-utopia has been ruptured and feel this is worthy of a death sentence and will hire guns to do their dirty work against the oppressed. They feel they are “under siege” and must protect themselves with armed security, not because their lives are directly in danger, their way of life is. Indeed, the chickens of those who’ve been displaced have come home to roost. 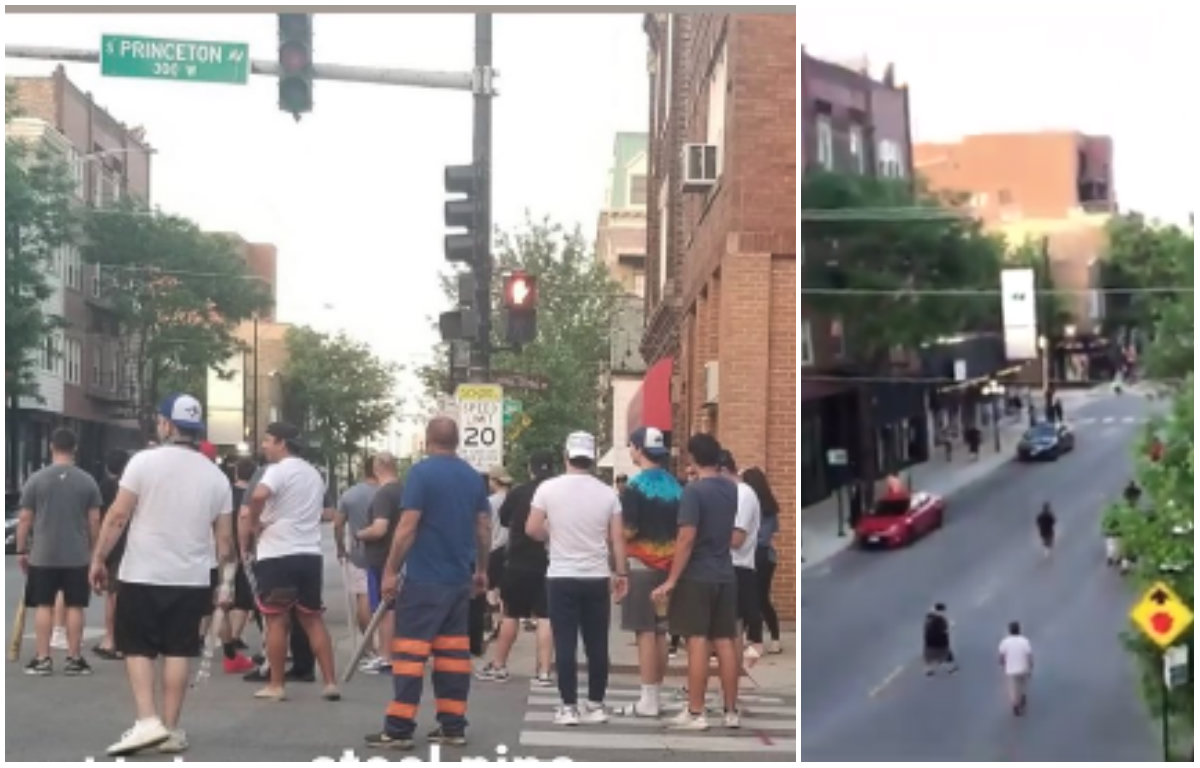 A Glimpse Into The Future

While the hiring of private security personnel to fortify the privileged classes is nothing new (we see this most often in gated suburban communities), the Bucktown Neighborhood Association is setting a precedent in many ways and is showing us a glimpse in the not so distant future of gentrified communities.

Regardless of the Mayor’s finger wagging, these programs are a net benefit to the imperialist settler colonial state. For one, they save the corroding state money and fit in nicely to a privatization of the bourgeoisie state functions. The implementation of private security allows the imperialists to lean more into reforms as a way to appear more progressive, all the while allowing bourgeois NGO’s to hire militias and security forces to protect their property and way of life. While this may represent a contradiction within the settler nation, it is one that will be resolved through collaboration between the state and private security forces.

While the hiring of additional forces to protect the garrison may represent a contradiction within the settler nation, it is one that will be resolved through collaboration between the state and private security forces. We saw how the state treated the fascist Rittenhouse in his murder trial only to further give paramilitaries the greenlight to off those they deem dangerous. This has not just set a new precedent for would-be vigilante violence, but for settler security forces as a whole. Now settlers can better organize their violence against the oppressed. The collaboration between the state and the garrison is even more direct with much of the personnel hired by private security firms being retired or ex-police and military.

The BNA sets a new bar for how gentrifiers can solve their problems of “crime” with settler sanctioned guns and henchmen. We have previously discussed how gentrifier community organizations are used to proliferate gentrification, now they will be used for violence against the oppressed. It’s important for all progressive and revolutionary minded people to keep our attention on the growth and development of these programs while actively trying to tear them apart and organize against them wherever they crop up. 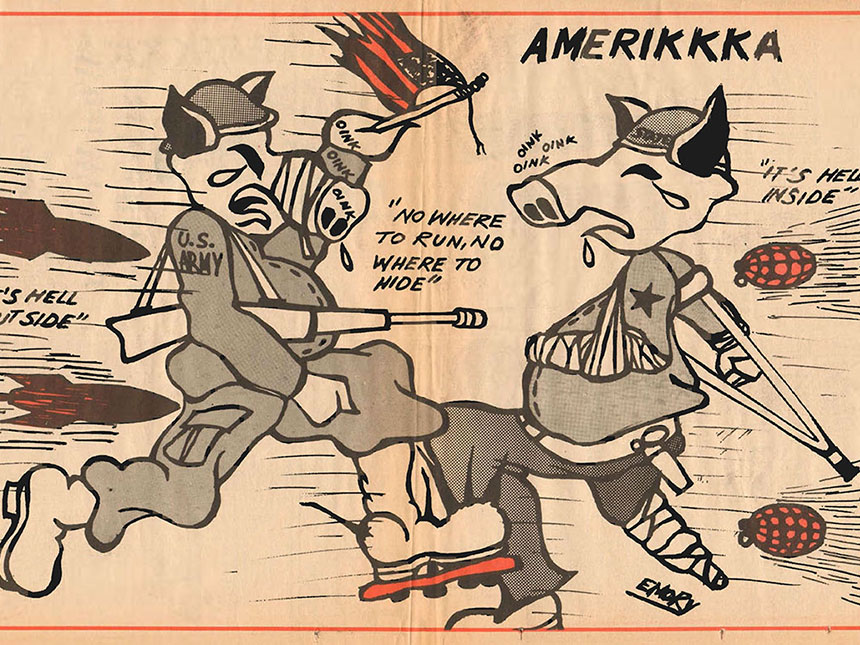 “Such special reactionary organizations are far from all-commanding even within the settler community, but their strength is considerable. What is most important is to realize that White Amerika is not a political “blank.” The Euro-Amerikan “left” sometimes discusses things as if this were true, discussing “organizing white workers” as though they were frozen in place. Settlers are not waiting passively for “the Movement” to come organize them – the point is they already have many movements, causes and organizations of their own. That’s the problem.”

The New Afrikan Communist revolutionary, Attiba Shanna, highlights the importance of our struggle for the cities, of how the removal of Black people (New Afrikans) and other oppressed people “is a nationwide strategic objective of those who rule amerikkka. This objective is made necessary in large part by the deepening economic crisis, and the threat of political/social revolution.” As we have previously discussed in other writings, our primary task as revolutionaries is to unite all those who can be united for Revolution, against the imperialist state and for power, including sections of the lumpenproletariat.

We can look to examples set by the comrades in FTP – Chicago and the Hands Off Albany Park Campaign on how to combat the forces of gentrification and reaction having forced out a gentrifier developer from breaking ground in the neighborhood of Albany Park. A ruthless campaign of exposure and denunciation should be waged against the Bucktown Neighborhood Association and P4 Solutions, followed by escalating actions. The struggle against the two isn’t just about waging a fight in Bucktown, it’s a struggle for the colonized proletariat against all reactionary violence.

The garrison community is ramping up their ability to organize violence, we cannot allow that to happen and must struggle against those petit-bourgeois racists and their organizations, such as BNA and P4. Communities at risk of gentrification must organize themselves under proletarian class leadership against all forms of parasitism from the petit-bourgeois and the reactionary elements of the lumpenproletariat. The settlers have raised the stakes and so must we.